They believe this offers a chance to buy into top-drawer tech names at lower valuations, and then benefit from rising valuations as international investors allocate more funds to Hong Kong and China’s stock markets over the longer run.

“For me, investing in local markets, this is great news,” said Jimmy Weng, the Hong Kong-based head of equities in Asia for life insurer Sun Life Financial Asia. “We were really lacking a lot of these homegrown champions listed on the Hong Kong and Chinese markets, as most of them have been listed in the US.”

The potential shift is a result of the Chinese government rapidly introducing a draft version to the country’s cybersecurity regulation on July 10, just after taxi-hailing company Didi’s $4.4 billion IPO. The proposed rules include making companies that possess over 1 million items of personal data to be subject to a cybersecurity review when listing abroad.

The rules change appears to originate from Beijing’s desire to underline its authority over fast-expanding tech firms, plus the ongoing political tensions between China and the US that have led several of the former’s companies to relist at home.

The new revision led China’s cybersecurity regulator to ban Didi’s app from mobile stores in China as well as new user registrations just days after its IPO. That caused its shares to slide by 18% from $14 upon its IPO to $11.5.

Investors believe Chinese companies will increasingly choose Hong Kong over New York for IPOs. The share price of the Hong Kong Stock Exchange rallied over 16% since July 5 to close at HK$522 on Monday (July 19).

The US’s stock markets are the world’s deepest and most liquid. Chinese companies have typically gained higher market capitalisations when listing there than in Hong Kong. Plus, US investors tend to be more eager to invest into start-ups. 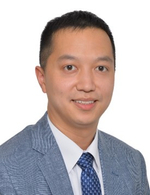 But Weng thinks that will change if China’s better-quality companies return to Hong Kong or China.

“As more well-run companies with strong business models and good cash flows start to get relisted [either on a primary or secondary basis] in the local markets, it will probably attract both local and foreign institutional investors into Hong Kong and China,” Weng told AsianInvestor.

Relistings by Chinese companies from the US to Hong Kong could affect billions of dollars of investments.

In the first half of 2021 alone, 37 mostly tech or internet companies from China raised over $12.5 billion in combined capital when debuting on US bourses. That is already more than the $12 billion raised by Chinese debutants in the US across the whole of 2020.

To date, China’s financial markets regulator has not clarified whether it will define Hong Kong listing by mainland firms as overseas IPOs.

Large Chinese tech companies that return to Hong Kong could become constituents of local benchmarks, particularly the Hang Seng Index. Sun Life’s Weng believes such re-listings could help narrow the discount that Hong Kong and China’s stock markets have traded at, compared to the rest of Asia and the US.

“There is some element of higher multiples in the US compared to Hong Kong and China, but I think gradually over time that spread will probably narrow,” Weng said.

“It’s not negative if it’s cheaper [listed in Hong Kong],” he added. “It makes more sense if I could buy a high-quality company at a lower price [as] I’m holding this long-term.”

That said, Weng said it could take time for price valuations in Hong Kong to rise towards current levels elsewhere. “There's no free lunch. Just like an A [-share] to H [-share] premium, it is not going to close overnight.”

Over the short term, the regulation overhaul could have some downside risks for share prices of relevant sectors.

A senior investment executive of a Korean public fund also told AsianInvestor that listing market changes could impact its portfolio. He noted that most asset owners follow country classifications, which is decided by many factors including the primary listing location.

He added that some institutional investors have a guideline only to participate in developed markets (DM) IPO investments, while others may worry about liquidity, given Hong Kong’s smaller market volume compared to New York. Equity investors usually group Hong Kong among developed markets, while generally viewing China as an emerging market, he noted.

News also broke out in early July that the China Securities Regulatory Commission may plug a legal loophole that used to allow local companies to list overseas as a variable interest entities (VIEs).

Currently firms can use the VIE structure to issue shares via offshore shell companies to avoid domestic regulation, which would have put a cap on onshore companies' foreign shareholdings. This approach has been widely used by tech companies since 1994, including Tencent and Alibaba. Closing the loophole would ban VIE listings.

The Korea fund senior executive told AsianInvestor that his organisation has discussed concerns about VIE structures several times in internal seminars. “There is no investor who would not expect some regulatory risk on Chinese equities in foreign markets,” he said.

But he thinks this will not greatly affect his organisation’s approach to Chinese equities. “As a long-term investor, we don't usually do react about one or two regulation changes even for active strategy positions,” he said.

“Fundamentally, if the company is strong, and valuations become a screaming buy, I'm actually quite sure people will start to look at it [in the internet sector],” agree June Chua, portfolio manager and co-head of Asia and emerging market equities with Lombard Odier Investment Managers.