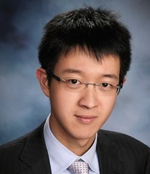 T. Rowe Price opened a research office in Shanghai on March 1, following its establishment of a wholly foreign-owned enterprise (Wfoe) there in December.

Wang Dai will relocate from Hong Kong to head the office and become general manager of the Wfoe. He reports to Tetsuji Inoue, Hong Kong-based director of equity research for Asia.

Having joined T. Rowe Price in 2014, Wang has been an equity research analyst covering Asian stocks and will also retain those responsibilities.

A spokeswoman declined to comment on who else or how many would join Wang in Shanghai. The firm is expected to hire additional talent in the coming years to cover Chinese equity and fixed income securities, she said.

Based in Tokyo, Nagasawa reports to Alvise Munari, London-based global head of client coverage, and will retain his previous responsibilities.

A spokeswoman said this was a new role, created following the merger of its funds and discretionary portfolio management divisions.

It appears that head of funds Dany Dupasquier is currently the most senior executive overseeing managed investments, but the spokeswoman declined to clarify.

Meanwhile, Jason Yeung left his post as Hong Kong head of managed investments for private banking at Standard Chartered in January and has since been appointed head of CCB Securities, according to his LinkedIn page. China Construction Bank did not immediately respond to an emailed request for comment sent outside working hours on Friday evening.

Dupasquier will now report to Das, who in turn will report to Marc van de Walle, Singapore-based global head of wealth management, with whom she worked when they were both at Bank of Singapore. He had joined from that firm, OCBC's private banking arm, in July last year.

Das was most recently head of wealth management at Singaporean ride-hailing company Grab but left the company in February for personal reasons, according to media reports. Grab declined to comment.

Prior to this, Das had held various roles at firms including Bank of Singapore, ING and Prudential. She is also a co-founder of digital investment advisory platform Bento.

This story has been updated to show that Jason Yeung left StanChart in January and that Grab declined to comment on Das's departure.

Raymond Ma, lead portfolio manager for Hong Kong equities at Fidelity International, is retiring from the firm, said a spokeswoman.

He will leave that role at the end of March and stay on until June 30 as a senior adviser.

Hong Kong’s Securities and Futures Commission (SFC) presented a petition to the Court of First Instance to wind up Adamas Asset Management on February 26.

The court will host a hearing on March 9 to decide whether to proceed with appointing the provisional liquidators.

Since Adamas's sole director and ultimate shareholder, Paul Lincoln Heffner, passed away in January, there has not been anyone with proper authority attending to its affairs and the firm has not been operational, according to an SFC release.

Adamas did not reply to emailed questions from AsianInvestor. The asset manager was founded in 1994.

The Monetary Authority of Singapore has banned four individuals from providing financial advisory services following their convictions for market misconduct.

Effective March 1, they may no longer take part in the management, act as a director or be a substantial shareholder of any licenced adviser under Singapore law.

In addition, Lau, Goh and Teo are prohibited from carrying out any regulated activities for any capital market services licensee under the Securities and Futures Act.

The four executives were among eight charged for false trading offences relating to Koyo International. They were sentenced to prison for terms ranging between three months to around 24 months. Court proceedings are ongoing against the other four individuals. 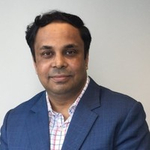 Choudhuri takes on the role in addition to his remit as managing director of the Singapore branch, a post he assumed in 2014. He continues to report to Omar Shokur, Asia chief executive and Singapore branch manager.

Jensen replaces Annabel Uldry, who becomes head of digital for Asia, while Singh takes up a new role, said the spokeswoman. Wee will report to Jeannin and Singh to Choudhuri.

Wee was formerly director of business management at Julius Baer in Singapore, while Singh previously worked at J. Safra Sarasin. 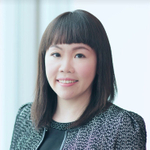 Sharon Wu left her role as head of marketing for Greater China at UBS Asset Management in mid-February and a replacement will be announced in due course, a spokeswoman said.

Wu had joined the firm in January 2016 and previously worked for Aberdeen Asset Management.

Wu said she would start a Hong Kong-based role at another asset manager next week.

Singaporean bank DBS has expanded the role of Lim Soon Chong, group head of investment products and advisory, to incorporate the functions of group head of digital for institutional banking and group head of global transaction services product management.

Lim has been with the firm for 15 years. His appointment comes as the former holder of those posts, Raof Latiff, has been appointed Malaysia head at DBS, to take effect from June 1. He will replace Jeffrey Ling, who is retiring from the role but staying on as a senior adviser.

Latiff will relocate from Singapore to Kuala Lumpur for the role, a spokeswoman said. He now reports to John Laurens, group head of global transaction services, but in his new position will report to DBS’s institutional banking group management but no one in particular, the spokeswoman added.

Latiff had joined DBS in 2017 as group head of digital. Before that he was head of Asean markets at JP Morgan and held several roles at Citi and HSBC. He had started at TMF in 2008 and left when he was associate director for global fund services in 2019.

Before returning to TMF Group, he was responsible for new business at Evolution Trustees, an Australian trustee.