Ho Hern Shin will become the head of financial supervision at the central bank and financial regulator to replace Ong Chong Tee, who will leave after 35 years. Taking over from Ho as assistant managing director for banking and insurance will be Marcus Lim, executive director in the banking department. MAS did not respond to comments on whether Ong and Lee would be retiring or taking on new positions elsewhere.

Mel Jose has joined Rest Super, the pension fund for retail employees in Australia, as general manager of superannuation and retirement solutions.

She joins from NGS Super, where she was senior manager of investment governance, before which she had spent six years at AMP, where she led several wealth investment functions.

Jose replaces Anthony Zeitoun, who has been seconded into a role in Rest's employer and industry engagement group, a spokesman told AsianInvestor.

She reports to Brendan Daly, group executive of product and operations. 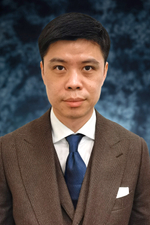 This is a newly created role, according to a  spokeswoman. Previously, the China business was collectively handled by the on-the-ground wealth and asset management team and the regional office, she said.

Reporting to Michael Dommermuth, Asia head of wealth and asset management, Chen oversees the firm’s wholly foreign-owned enterprise in Shanghai, which houses its China institutional sales team. He will also work with the retirement business team and other joint-venture entities.

Cambridge Associates has appointed Edwina Ho as senior director of business development for Asia, as it looks to open a new office in Hong Kong later in the year. She joined the investment consultancy in February and reports to Aaron Costello, Beijing-based regional head for Asia. This is a newly created role at the new Hong Kong office, a Cambridge spokeswoman said.

Ho was, until December, Hong Kong-based investment director for Asia investments at Willis Towers Watson. The investment consultancy is still seeking a replacement, a spokeswoman said.

Meanwhile, Mary Pang, head of the global private client practice at Cambridge, relocated from San Francisco to Singapore in January, while retaining the same duties. She continues to report to Noel O'Neill, president of Cambridge. The company said that Pang will use her new base to help better support the local team's Asia clients.

Cambridge's Hong Kong office joins branches in Singapore and Beijing, which are led by Aaron Costello, Beijing-based head of Asia. Lee is responsible for the distribution of T. Rowe Price funds to intermediary clients across the region. She reports to Priscilla Leung, Hong Kong-based head of intermediary business for Greater China.

Lee joined from GAM Investments, where she was client manager covering private banks in Hong Kong and Singapore until February 2021.

A spokeswoman said GAM had hired Jeff Wong to replace Lee in Hong Kong earlier this year. Wong previously worked at Nomura and before that AllianceBernstein.

Prior to joining GAM, Lee was assistant director at Vanguard from 2017 to 2019 and also held roles at BNP Paribas and BlackRock. Wu started the new role this week, her LinkedIn profile shows. A company spokeswoman confirmed the appointment but declined to comment on her reporting line and whether she replaced anyone.

She left her role as head of marketing for Greater China at UBS Asset Management in mid-February. A UBS spokeswoman said a replacement would be announced in due course. Having joined the regulator in 2013, Xiao replaces former vice presidents Huang Hong and Zhu Shumin, who both retired in February. CBIRC now has a total of four vice presidents.

Xiao previously worked for Bank of China, People’s Bank of China and the Monetary Authority of Macao. He is also a part-time professor at Tsinghua University.