Hong Kong-based Elizabeth Allen will take up the former post, to oversee Asian fixed income research and investment activities. She is currently head of credit research for Asia Pacific. Before joining HSBC in 2011, she was a senior credit officer on the corporate rating team at Moody’s Investor Services.

She will report to Xavier Baraton, global chief investment officer for fixed income and Cecilia Chan, newly appointed Asia Pacific CIO, who had been overseeing fixed income business in Asia before Allen’s appointment. Separately, Hong Kong-based Alfred Mui will become head of Asian fixed income investment management in an expansion of his role as head of Asian credit.

In the newly created post, Mui will lead portfolio management activities for Asian fixed income assets and report to Chan and Allen. Those duties had previously fallen under Chan's remit.

Before rejoining HSBC Global AM in 2010, Mui was director of credit trading at Myo Capital and a director on the credit team at UBS. Before joining PAG, Ito served as Japan head of investment banking and capital markets at Credit Suisse. He was replaced by Ryuya Hishinuma in September last year, said a spokesman. He declined to comment on who had previously run PAG's Japan private equity business. 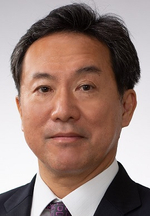 Tamagawa served as managing director at private equity firm Marunouchi Capital, which could not be reached for comment. He was still with the company as of January 5, a spokesman told AsianInvestor, declining to specify when his last day with the firm would be or who would replace him.

Having joined the firm in November 2015, Ma previously worked for the Standards Board of Alternative Investments and Shanghai Municipal Government Financial Services Office, his LinkedIn profile shows. 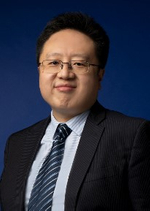 Prior to joining EquitiesFirst, Zheng was CEO at Dots Institutional Investors. He had also worked as deputy general manager for investor relations and executive director for fixed income at Chinese conglomerate Fosun International. Swiss private bank Pictet has named Sharon Chou as chief executive for Singapore, replacing Dominique Jooris, who has held the role for four years and will leave the bank in six months' time. The appointment was effective on January 1.

Chou will relocate from Hong Kong to oversee Pictet's business development in South and Southeast Asia and other activities. She will report to Fong Seng Tee, Asia CEO of private wealth management (PWM).

Before joining Pictet, she spent 14 years at BNP Paribas in Hong Kong, most recently as Asia head of credit and risk management.

A spokesperson for Pictet declined to comment on when or whether the deputy CEO role would be filled or on who was fulfilling the responsibilities in the interim.

Pictet's announcement said that the departing Jooris would be exploring other professional opportunities. He has been with Pictet in Singapore since July 2016 and previously spent 11 years at Goldman Sachs. Hong Kong Exchanges and Clearing (HKEX) announced that Calvin Tai Chi Kin has replaced Charles Li as interim chief executive as of January 1, until such time as a permanent replacement is appointed.

Tai will take over Li’s responsibilities but retain his role as co-president and chief operating officer of HKEX. He is also chief executive of Hong Kong Futures Exchange, where he has worked since July 1998.

After 30 years working in the investment industry – or roles related to it – in Asia and the Middle East, Tahnoon Pasha has left his most recent role at Spencer Stuart to return to the UK. 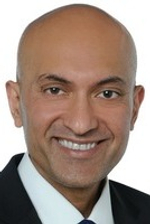 He had been Singapore-based lead consultant for fintech, asset management and wealth management for Southeast Asia at the recruitment firm since March 2015. He left Spencer Stuart on December 31.

Pasha had been in the Lion City for some 13 years, a period that included stints at Aviva Investors as chief executive for Singapore and Manulife Asset Management as head of Asian equities. Before that he spent 17 years in investment roles at Abu Dhabi Investment Authority.

“I haven’t decided what I’ll do next, but it will probably be in fintech, in-house strategy or strategy consulting in the financial services sector in the UK,” he said in a post on LinkedIn.

Former CEO Hanneke Smits became CEO of BNY Mellon IM in October. Munro's first day in the role will be June 23 and he will report to Smits.