JP Morgan Asset Management has named Felix Lam as head of investment stewardship for Asia ex-Japan and Robert Harden as a sustainable investing research analyst, effective January 19. Both are based in Hong Kong and report to Jennifer Wu, London-based global head of sustainable investing.

Lam joins from CCB International Securities, where he worked for eight years, most recently as head of power, energy and materials research. Previously he was head of materials and China property research at Daiwa Capital Markets.

A spokeswoman told AsianInvestor Lam took over the role from Jonathan Lowe, who remains at JP Morgan AM as investment director for Asia Pacific.

Harden’s role is newly created, reflecting the US fund house’s increasing focus on ESG data analytics, added the spokeswoman. He was appointed to the role in mid-November, having been with the firm since 2011, most recently as a data scientist on the trading research team. Ng will be based in Singapore and report to global CIO David Steinbach, who is based in Houston, Texas. The Asia CIO role has been added as part of Hines's new global investment strategy, launched one year ago.

Ng is expected to start at the end of the first quarter of this year and will also sit on Hines’s executive and investment committees.

Ng has 20 years’ experience in real estate private equity. Most recently, she served as CEO and CIO for Asia at M&G Real Estate, in charge of operations and investment decisions. A spokeswoman said the fund manager was in the process of recruiting a successor for Ng's role, which it will announce in due course.

Prior to joining M&G in 2014, Ng oversaw the expansion of Goldman Sachs’s real estate private equity division into China and was also responsible for investments and coverage across the Asia Pacific. She joined Goldman Sachs in 1998.

In the newly created position, Tan will be responsible for institutional and wholesale distribution across the region. She reports to Tom Ross, London-based head of international distribution. JLL has named Radha Dhir as India chief executive to succeed Ramesh Nair on January 25, after the latter departed following a 20 year stint with the property services firm.

Dhir had previously been group president and head of multinational corporate banking at Yes Bank, also based in Mumbai. Prior to that, she was India head of global subsidiary coverage at Deutsche Bank.

Yes Bank did not reply to emailed questions on her replacement. In addition to appointing a new head of India, JLL appointed Tom Woolhouse to the newly created role of head of logistics, industrial and supply chain for Asia Pacific, effective January 21.

A spokesman for the firm told AsianInvestor the new role would support growth in the region. He cited JLL research, which predicts that over 80% of investors expect to increase allocations into logistics, industrial and supply chain sector in 2021, with 50% of global e-commerce logistics is set to be based in Asia Pacific by 2024.

Woolhouse joined JLL from CBRE in London, where he was a senior director, leading the industrial and logistics capital markets team in the UK. Rounding out a busy period for hiring, JLL said it had appointed Ken Sakuramoto as head of equity advisory for Japan, effective January 21.

Based in Tokyo, Sakuramoto reports to Kenichi Negishi, head of capital markets for Japan, who is also based in Tokyo. A spokesman told AsianInvestor the role had been created to tap opportunities for Japanese inbound and outbound investment. Property services firm Colliers International has appointed Malcom Tyson as Australia chief executive to replace John Kenny after the latter's promotion to Asia Pacific CEO at the start of last year. Both are based in Sydney.

Tyson previously held a dual role as chief executive of New South Wales and managing director of Colliers' Australian industrials team. He has been a senior member of the property firm’s Australian and New Zealand executive leadership team since 2005.

He will continue to manage the industrial business while the company continues its search for a suitable leader, a spokeswoman told AsianInvestor.

They will start in London at the $706 billion fund manager in March, and there is no immediate plan to add elsewhere, a spokesman said.

The trio bring with them an operations head and six credit analysts, and the team will report to Andrew McCaffery, Fidelity’s global chief investment officer.

Jan Petersen will succeed Curtis at MeDirect on March 1 in London, having joined the bank in November from UK bank NatWest, where he was a director on special situations lending team in London. Prior to that, he worked in the private credit group at Deutsche Bank in London.

MeDirect’s international corporate lending business will continue to be supported by a team of some 14 employees, a spokesman said, declining to comment on whether McLeod-Salmon and Javaux would be directly replaced.

Fidelity “hopes to enhance its broader alternatives ambitions” by developing a full range of private credit strategies, the firm said in a release. It already offered access to alternatives through its multi-asset and solutions business, and direct access to real estate strategies, a Fidelity spokesman said.

Curtis has 20 years’ experience in European private credit markets, having also worked for ICG, 3i and Alpstar Capital. Prior to MeDirect, McLeod-Salmon also worked for BNP Paribas and Fortis Investments, while Javaux’s other employers include Stormharbour, Hayfin, Cairn Capital and several banks. 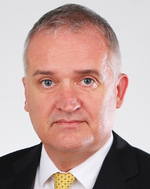 Based in Singapore, he reports to Samir Pandiri, London-based president of Broadridge International, a company spokeswoman said.

In this role, he oversees regional implementaion strategies, directs operations, and invests further in local market expertise and capabilities.

This is a newly created role as part of Broadridge's regional expansion strategy, she said, declining to comment on how the firm had previously managed his duties.

Prior to joining Broadridge, Ingleson held leadership roles at BNY Mellon and was most recently head of Asia Pacific at Eagle Investment Systems, a subsidiary of Broadridge.  A spokesman at BNY Mellon confirmed that he had left the firm but declined to comment further. Japanese financial services firm Nomura has hired some 20 private bankers and investment advisers for its international wealth management business across Hong Kong and Singapore since September 2020.

Most of the appointments are into are newly created roles, according to an executive familiar with Nomura's plans, as the firm aims to more than triple the assets under management in this business, which now stands at $10 billion, by March 2025.

Among the key hires, Wayne Yang has joined as group head for Greater China from Malaysia's Baxian Private and Investment Bank, where he was chief executive. He reports to Raju.

Akshay Prasad has joined as head of investment products and advisory solutions for Asia Pacific from Deutsche Bank’s private wealth business. He also reports to Raju. A Deutsche spokeswoman confirmed that he had left the firm, but declined to comment further.

Johnny Liu has been appointed managing director focused on family office coverage for Greater China, reporting to Yang. He joined from Aldworth Management, a family office, where he was a partner. Aldworth declined to comment on his departure.