Rest Super, the Australian industry fund for retail employees, has named Andrew Thomas as head of investment strategy and Sally Cobb as head of capital markets. Both roles were effective on Monday (April 12) and both are based in Sydney.

Thomas was formerly head of client portfolio solutions for Australia at BlackRock, while Cobb was most recently a consultant to Rest and before that a consultant to AustralianSuper. She has also held roles at Mercer, Goldman Sachs and UBS.

“These are both new leadership roles in a team managing asset allocation, capital markets, treasury and implementation, responsible investments and product specialists,” said Rest in a press release, which has A$54 billion ($41.45 billion) under management.

Thomas reports to Andrew Lill, who was appointed chief investment officer in June last year, when he joined Rest from Morningstar Investment Management. Thomas had been with BlackRock since 2018, and was with Australian insurer QBE Group for two decades before that.

A spokeswoman said that both roles are new but did not respond to queries on who Cobb reports to or what specific functions the two roles would entail. US asset manager BlackRock named Geir Espeskog and Emily Woodland as co-heads of sustainable investment for Asia Pacific on April 12.

Hong Kong-based Espeskog was previously head of Asia Pacific distribution at the iShares exchange-traded funds unit. He had joined BlackRock in 2010 with iShares in London and moved to Hong Kong in 2015.

Woodland, also based in Hong Kong, joins BlackRock from AMP Capital, where she had been head of sustainable investment since 2018.

She spent the year prior as investment adviser for Asia Debt Management’s sustainable investment programmes. She previously spent 16 years at UBS. The Asia Pacific sustainable investment team will continue to expand, she added, and further announcements will be made in due course.

At Oaktree, Wu was senior vice president of marketing for Greater China, an Oaktree spokeswoman said. She declined to comment further on her departure. According to the release, the role has been created to build on the firm’s ESG finance strategy in the region.

Chen has been with MUFG for 21 years, most recently as head of structured finance for the Asian investment banking division. He will continue to carry out the duties of his previous role until a replacement is found, the announcement said.

Singapore-based Chen will continue to report to the head of Asia investment banking, Tatsuya Konishi, who on March 16 took over from Masayuki Fujiki, a spokesperson said.

Prior to joining MUFG, Chen spent a year as vice president of Singapore's DBS Bank and was prior to that a director at CIBC World Markets. Loh, currently chief financial officer of AIA's Malaysia business, will succeed Pauline Teoh. She will be appointed CEO of group partnership distribution and relocate to Hong Kong. Loh has been at AIA since 2017.

A spokesperson for AIA declined to comment on whether Loh would relocate from Malaysia to Phnom Penh or whether a replacement CFO had been appointed in Malaysia.

AIA established an office in Cambodia in May 2017. Philippi was most recently Asean chief executive at Euler Hermes, part of German insurance group Allianz, and prior to that Asia head of market management for Allianz's global corporate and specialty business. He relocated to Singapore from Tokyo in 2015.

Euler Hermes did not respond to requests for comment.

According to the announcement, this is a new role that underlines the company’s ambition in the region. MISG Asia did not respond to requests for comment on who previously oversaw operational functions.

Dhamankar replaces Elwin Karyadi, who retired from Deutsche Bank in 2020. He was formerly head of business solutions for securities services for India, and has been replaced by Deepa Viswanathan in that role, a company spokeswoman said. Standard Chartered has hired Raymond Ang from UBS as head of private and priority banking, subject to regulatory approval.

A media statement said he was set to join the bank later in the year and that a further announcement would follow closer to the time.

Based in Singapore, Ang reports to Judy Hsu, chief executive of consumer, private and business banking (CPBB) at Standard Chartered. A spokesperson for the bank said this was a new role, created in line with an organisational restructure in September 2020 that included the creation of the CPBB business.

Ang was most recently head of Greater China, Japan international and Indonesia at UBS, and has been with the bank since 2012. A spokesperson for the Swiss bank declined to comment on whether he had been replaced.

Prior to joining UBS in 2012, Ang had held roles at DBS, Carlyle Group and Citi. 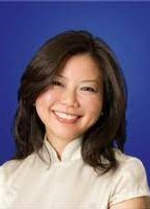 Based in Singapore, Phua will be responsible for both VP Bank's Singapore and Hong Kong operations, marking an updated management structure in Asia, according to a spokesperson. She will report to Tobias Wehrli, head of intermediaries and private banking and member of VP Bank’s group executive management.

Phua's appointment follows the departure of Bruno Morel, former CEO of VP Bank's Singapore office, in March. Thomas Rupf, head of investment advisory and treasury for Asia, assumed the role of interim CEO for Singapore after Morel left. The spokesperson could not confirm whether a permanent Singapore CEO would be appointed, or would report to Phua if they are.

Phua was most recently head of the Asia family office division at Swiss private bank Pictet. Prior to that, she spent 13 years at Julius Baer, most recently as Greater China head of intermediaries. She has also held positions at Credit Suisse and BNP Paribas.

The bank also announced the appointment of Heline Lam as chief of staff, effective May. She will report to Phua.

Aviva Singlife appoints group CIO after merger
This article was updated to clarify that Pamela Phua has been appointed into a new regional CEO position at VP Bank.
0 0 0
Top news, insights and analysis every weekday
Sign up for
ASIANINVESTOR BULLETINS
Fund Managers
Richard Morrow

Rising interest rates and access to alternatives such as digital assets are driving the trend, as China’s wealthy show the most interest in ESG.
Fund Managers
Richard Morrow

The head of asset management for the Swiss bank is leaving to join the private equity company and help expand its outreach to wealthy individuals.
Fund Managers
Richard Morrow

The UK-headquartered asset manager has appointed Thibaut Ferret from its rival to offer its asset owner clients a tailored service.
Moves
Staff Reporters