Asian stock markets fell heavily on February 24 following Russia's invasion of Ukraine. The Hang Seng index fell 3.4%, China’s CSI 300 slumped 2.1%, Korea’s Kospi is down 2.5% and the Topix is off 1.8%. Oil prices also jumped above $100 for the first time in eight years and the price of gold also spiked.

Despite world leaders warning him that it could spark the biggest conflict in Europe since the end of World War 2, President Putin pressed ahead with the attack.

Ukraine’s interior ministry reported that part of Russia's campaign appeared to be targeted attacks by cruise and ballistic missiles on infrastructure near major cities.

As the biggest net importer of Russian energy and food, Asia will suffer as a result of the stringent sanctions the EU and US have imposed on the Putin regime.

Before the invasion took place, AsianInvestor asked experts about the potential macroeconomic impact of a broader Russia-Ukraine conflict and what effect could it have on Asia-Pacific economies?

Russian assets are most at risk from further escalation. The European economies will be more severely impacted by a broader Russia-Ukraine conflict, relative to the US and Asia, due to its close geographical proximity and high dependency on Russian exports for its energy needs.

However, Asian economies are not spared either. Asian countries such as China, India, South Korea, and Japan are major importers of energy, and they could be affected by higher energy prices. The isk premium of assets in Asia will increase as well, thus negatively impacting Asian Equities. If a risk-off situation escalates, USD will be a safe haven for investors, therefore negative for Asian FX.  Having said that, Asian equities have underperformed global equities and are trading at reasonable multiples. Some Asian credit could also benefit from higher commodity prices such as Indian and Indonesian credit. Asian FX such as RMB are well anchored due to interest rate differential. The effects of the Russia-Ukraine conflict should remain regional for now and  will likely not spill over to the wider market. The main drivers for Asian assets will be focused on 1) China (Omicron and re-opening, property sector and liquidity; implementation of regulatory changes; and 2) Fed hike cycle.

We are indeed getting into a fully-fledged military invasion of Ukraine. The possibility of a swift invasion (like Crimea) seems low, with a protracted conflict being much more likely. This is a bit of a shock for the global economy, with oil and gas prices above $100 for a longer time. This is an additional inflationary shock, especially for importers of gas and oil (more so for the EU than the US) but for the EU it is a very large negative shock on confidence, which will drag down investment and maybe even consumption.

For Asia, energy exporters (Malaysia and, to a lesser extent, Indonesia) may benefit, but this will mostly have a negative impact. The key is China’s reaction. China has maintained neutrality (and has even blamed the US for being the key initiator of this problem) but such a position will be increasingly costly over time as it will reunite others with the US, certainly Japan and South Korea, but also Central Asia and India. China, however, might find it hard to drop Russia now and investors might not feel comfortable moving into China as the Ukraine-Russia conflict extends. There are very few winners and many losers. This is the nature of war.

Broader risk appetite aside, the primary macro impact for Asia-Pac derives from the potential spillover from higher energy prices into inflationary pressure. Regional economies are particularly sensitive to exogenous price threats from fuel and food prices. To put into context, many regional economies are net commodity importers and aggregate basket weights from food and fuel in countries such as India and Thailand ranges from 50-60% of the total basket. The upshot is that across much of the region, geopolitical risk has potential upside risks for inflation.

Meanwhile, there is evidence over recent months of a divergence between commodity prices and commodity FX, such that commodity-sensitive currencies (e.g., the Australian dollar), may not gain from terms of trade improvements. Capital flows and its impact on balance of payments is another focus: during periods of risk aversion, home bias tends to favour repatriation of funds and this risks additional capital outflows from the ‘riskiest’ regional markets towards safer havens, which, in this region, should benefit large fixed income exporters, such as Japan, and the Japanese yen. A part of this capital outflow potential will be offset by the continued easing of economic policy in China amid continued evidence of strong inflows into China. The easing of monetary and the anticipated easing of fiscal policy in China should lead to positive spillovers to the rest of the region, but this will, in all likelihood, play second fiddle to geopolitical concerns for now.

The escalation in geopolitical tensions between Russia and Ukraine adds uncertainty to the global outlook, at a time when central banks are acting to fight inflationary pressures. The impact of the Russia-Ukraine conflict is primarily on confidence and through commodity prices, in an already hot inflationary environment. The risk of stagflation globally is higher.

Europe is clearly more vulnerable to this geopolitical clash. The heavy reliance on natural gas from Russia for electricity production could represent a major risk in terms of a further drag on consumers' purchasing power and higher input costs for companies. In terms of sector exposure, most of the key Russian supplies to Europe are basic metals, chemical products and basic manufactured products, and, in the current environment of still high supply bottlenecks, high commodities and more, in general elevated input costs, this could represent a drag on the EU economy in several sectors, especially with high energy intensity usage. However, we don’t see the risk of recession, but inflationary pressures will mechanically intensify with higher commodity prices, increasing the risk of stagflation and challenging ECB action. The need for diversifying the energy supply and gaining autonomy in strategic sectors becomes critical and urgent in the European political agenda, as well as the need to increase common military spending on defence.

In the Asia-Pacific region, where central banks have been lagging behind in their normalisation process and the policy mix is still very supportive, a less benign inflationary environment could bring forward the expected hiking cycle. However, in many countries in the region, energy prices are subsidised, smoothing out the impact on final prices and allowing central banks to keep a relative gradual path. Finally, for net oil and gas importers such as India or Philippines, the impact on their fiscal and current accounts could be more detrimental, diverting public expenditure towards subsidies from capex, penalising a more virtuous cycle for growth. 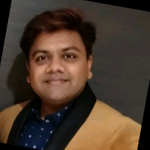 The potential in the Russian economy has weakened over the medium/long term as the government focuses on geopolitical matters over prioritising issues plaguing the domestic economy and reforms. It is also likely that Russia will move out of major EM indices, resulting in investment outflows from the market.

We currently maintain an underweight allocation to Russia and are further reducing our position. Despite a low valuation, and a possible bounce in stocks, prospects for the Russian economy will be weak going forward. At some point, the euphoria in the energy markets should also cool down, turning the tailwinds into headwinds for the Russian economy dependent on oil & gas.

The immediate consequence of the Russian invasion of Ukraine  has been the economic volatility that will likely upset the growth outlook for Asia. Market concerns tied to Ukraine have been a factor in keeping global energy prices high, and the outbreak of hostilities will likely cause a price surge that would stimulate additional inflation and harm consumer spending. Rises in the energy import bill would have the greatest impact on net energy-importing Asian countries that are managing balance-of-payment strains, such as Pakistan.

Asia relies much less than Europe on Russian energy. China is the largest regional market, with Russian mineral fuel shipments likely to have surpassed US$50bn in 2021, accounting for around 13% of such imports. A narrow majority of China-Russia trade is no longer conducted in US dollars; other Asian countries will need to have similarly diversified payment options to access Russian energy if US sanctions are widened. US allies, such as Japan and South Korea, will come under pressure to reduce their energy reliance on Russia.

US sanctions would complicate existing and planned investments in Russia by Asian countries, as well as lending by their banks. China's commercial banks would probably prove reluctant to risk their global operations, but the country's more insulated policy banks could be willing to provide additional commodity-backed credit to Russian firms.” Even though the Russia/Ukraine crisis is thousands of miles away, it could have a pronounced impact on the economies of Asia. Global risk-off contagion is one way Asia's financial markets could be affected in the short-term. The bigger question is how a more broad-based sanctions regime that the West is threatening to impose on Russia would affect Asia. On the one hand, Asian economies could benefit from the re-routing of trade flows, for example, as Europe looks for new sources of energy supply.

However, in order for Western sanctions to hurt Russia, key economies in Asia would have to be brought on board; or at least commit to close their economies as substitute markets for the goods Russia would be prohibited from buying in the West, such as technology products, or sell to it, such as natural resources. Countries like Australia and Japan are likely to quickly join any potential US-led trade embargo. More important will be the reaction in India, traditionally a Russian ally, and, even more importantly, in China. How it is going to split, with North America, Europe, and supporters in Asia on the one hand, and Russia and its ally countries on the other hand, will determine how damaging the Russia/Ukraine crisis will be for the global economy.

The first order impact will naturally be in Russia and Ukraine, as global investors look to de-risk exposure in those markets. However, often there is contagion across the broader emerging markets (EM) spectrum globally, and we would expect there to be an impact on APAC bond and FX markets as well. In that scenario, investors would typically not exit the entire EM space, but differentiate across different markets in a flight-to-quality type move, both in global assets (moving to USD and JPY), as well as within EM.

This scenario is not only a global geopolitical issue - it also has significant implications for energy prices. A number of countries in Asia are net importers of energy, so these countries’ FX rates will be potentially impacted as well. And FX rate changes have significant implications for local bond markets, where the returns are a combination of the bond yield and FX gains/losses.