HSBC Asset Management has hired Thibaut Ferret as its head of solutions for Asia, luring him from a similar role at Aberdeen Standard Investments, AsianInvestor can reveal. 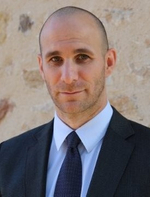 Thibaut Ferret has shifted
to HSBC AM

Ferret left the latter's business on Friday (April 30) after having been its senior solutions director for Asia Pacific since October 2018, according to his LinkedIn profile. The role had been a newly created one at the time of his joining, as AsianInvestor revealed at the time. Ferret had been tasked with creating and delivering customised solutions for Asia institutional clients.

A spokeswoman for Aberdeen Standard confirmed that Ferret had left the business. She added that his responsibilities would be covered by the global insurance team, but that a final decision had not yet been made on whether to fill his position.

"In this newly created role, Thibaut is responsible for leading the development and design of investment solutions in Asia by leveraging on HSBC’s investment expertise and partnering with coverage teams. He will also coordinate solutions for clients in the region, primarily focusing on Insurance," the spokeswoman said.

"Based in Hong Kong, Thibaut reports to Daniel Leon, global head of dealing and greasury Management in London and Denis Gould, CIO multi-asset and wealth in Hong Kong."

Ferret’s move continues a trend of asset managers seeking to create more advisory-based solutions for their asset owner clients and especially life insurers, instead of simply selling from an array of investment products.

Life insurers based in Asia are seeing their asset bases continue to grow as they expand into markets that remain relatively underpenetrated, compared to Europe of North America. Indeed, many global insurers are largely relying on Asia for the overall growth of their businesses, although the rate of growth has been eroding, according to a report by Oliver Wyman.

With interest rates likely to remain at extreme lows for some time to come, the life insurers have a rising need to find investment solutions that offer them better yield and do not require them to hold too much capital in reserve.

That need has led them to increasingly outsource some of their funds to external asset managers.

Before joining Aberdeen Standard, Ferret had been the head of asset liability management for Hong Kong at Sun Life Financial from June 2017 to October 2018. Prior to that he was the regional head of investment for Axa Asia, for almost two-and-a-half years.

Ferret’s departure from Aberdeen Standard comes just as the UK-based but emerging markets-focused asset manager embarks on a rebranding exercise, renaming itself as Abrdn. The move has raised eyebrows in the investment industry, given Aberdeen Standard’s name recognition and the unusual nature of the vowel-free rebranding. It takes effect from July.

This article has been updated to correct Thibault Ferret's name, and to incorporate comments from HSBC Asset Management.

Tension between the need to find yield and the fear of major risks means 2011 will be volatile, but dips are a time to buy, says global macro and investment head Philip Poole.
Moves
Jame DiBiasio

The firm has moved Sten Ankacrona to Singapore to replace Wayne Shum.
Asset Owners
Shusi He