Renminbi assets could serve as an attractive alternative for investors looking for a risk-off environment in a new normal where Russian banks are excluded from US dollar trading, however they would have to tread this line very carefully, investors and economists told AsianInvestor.

Following what some have dubbed the “financial nuclear bomb” whereby the European Union has banned several Russian banks from the Society for Worldwide Interbank Financial Telecommunication (SWIFT) network of cross-border payments, analysts have speculated that the move could be good news for a China looking to internationalise its currency.

However, they say that amid rising inflation and geopolitical shocks, a question mark still hangs over the wisdom of adding positions in renminbi assets at a time when Russia is looking for alternative partners.

Although China’s own Cross-Border Interbank Payment System (CIPS), digital yuan, or the People's Bank of China (PBoC)’s swap line are all available alternatives for Russia, they are either illiquid with high costs, non-convertible, or running on credit risks, noted Alicia García Herrero, chief economist, Asia Pacific at Natixis. 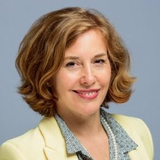 “As of now, renminbi assets are quite OK compared with many others although not as good as the dollar,” she said.

“Many people now are dumping euros because they are too close to Ukraine. Some are dumping emerging market countries with a lot of US dollar debt because they worry about a liquidity crunch under a strong dollar.”

However, she warned: “The greater the link [between Chinese and Russian businesses], the fewer inflows there will be.” Meanwhile, the domestic crackdown in China still remains a big concern for investors, she added.

“If Chinese companies breach US sanctions, they may risk jeopardising their own access to the US dollar-denominated international financial system. Therefore, over the past few days, we saw several Chinese banks announcing that they would comply with sanctions,” said Carlos Casanova, senior economist, Asia at Union Bancaire Privée (UBP). 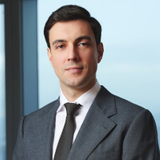 “Given the relatively large share of Europe and North American markets in China’s export basket, it is likely that the authorities will manage this balancing act very carefully in the months if not years ahead,” Casanova said.

In fact, foreign investors reduced their holdings of Chinese government bonds by a record amount in February, the first reduction since March 2021.

It remains unclear if this reflected jitters over emerging markets generally by global investors, Russia selling yuan holdings to raise liquidity due to being cut off from a large part of their other foreign reserves due to sanctions, or a combination of both, noted Martin Hennecke, head of Asia investment advisory and communications, St. James’s Place. “Accordingly, I would not suggest that the Russia crisis in itself should be a reason for investors to allocate to China, though I would not be excluding the country when screening the globe for opportunities either," he said, adding that any position need to be part of a diversified portfolio.

China assets, he said, were attractive "given the reasonable valuation level coupled with monetary easing policies and focus on stability and growth for the remainder of 2022, as reiterated this week with China’s declared 5.5% growth target level,” Hennecke said. 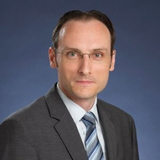 Despite this, David Chao, global market strategist, APAC ex Japan at Invesco believes the SWIFT ban could, to some degree, promote the internationlisation of yuan.

“What really has surprised me and other market participants, has been the sanctions imposed by the US and its Western allies over the Russian Central Bank – and freezing close to 60% of their overseas foreign reserves.

"This and the SWIFT sanctions have sent shockwaves throughout the world. Ultimately, these punitive sanctions on Russia could erode confidence in the USD as a form of global payments and stable store of reserves and could strengthen the internationalisation of the RMB.

"The RMB has rallied in response to the Russian invasion of Ukraine, demonstrating resilience as markets reeled,” Chao said.

“Russia is China’s second-largest energy supplier and could become increasingly more important. The RMB occupies a significant portion of Russian foreign reserves in part due to an agreement between China and Russia to settle all trade in domestic currency. Already, the Russian central bank has RMB assets worth $73 billion, or 13% of total reserves,” he added. “Still, I don’t think there is going to be a significant uptake of CIPS or the RMB as settlement currency any time soon since many countries and counterparties have yet to indicate their willingness to use this method due to the possible secondary sanction risks and other logistical costs and negotiations.

“More tellingly, the RMB is not fully convertible, which makes it a challenging currency to borrow and effect payment in outside of China or the very few offshore RMB trading centers. Accumulating vast reserves of an illiquid, non-convertible asset has its own set of risks,” Chao said.

Over the long term, however, UBP’s Casanova noted that there is an ongoing trend where many central banks are starting to diversify away from the US dollar as a global reserve currency and that the greenback needed to co-exist with other currencies.

However, this was part of a slow and gradual process which fits in with the gradual opening up of China’s current account, he said, and much would depend on whether the country can play a central role in global trade and value chains, he stressed.