Tsay Feng-Ching has stepped down as the director general of Taiwan's Bureau of Labor Funds as a result of the recent bribery scandal that emerged at the state pension fund. Lin San-Quei, vice minister at the Ministry of Labor, will take up the role on an interim basis.

Meanwhile,Tsai Chung-Chun, one of the two deputy director generals at BLF, is undergoing a performance review with respect to a lack of managerial supervision in relation to the scandal.

Liu Li-Ju, the other deputy director general, declined to comment on the changes. Temasek announced the appointment of Dilhan Pillay Sandrasegara as its new chief executive to succeed Ho Ching, who will retire on October 1.

Ho, 67, who is prime minister Lee Hsien Loong’s wife, was promoted to CEO in 2004, two years after joining as executive director.

Ho had been due to step down in October 2009 but stayed on after her named replacement, Charles Goodyear, left the company due to “differences regarding certain strategic issues that could not be resolved”.

Pillay has been CEO of the firm’s investment arm, Temasek International, since 2019 and will retain this position after the transition. He joined in September 2010 and has held several roles, including head of the investment and portfolio management groups.

Ho said she would leave the board of directors but has not ruled out staying on as an adviser.

Hamzah will join from state electricity company Tenaga Nasional (TNB), where he is president and CEO. He began his career with Shell and later served as CEO of multiple Malaysian entities, including MISC, Petronas Dagangan, Petronas Lubricants International, Icon Offshore and Themed Attractions Resorts and Hotels.

Alias had been at EPF's helm since 2018, earlier serving as deputy CEO. A spokesperson said she could not comment on the reasons for his departure or his next move.

BlackRock has named Rachel Lord as chair and head of Asia Pacific to replace Geraldine Buckingham, who will remain as a senior adviser to the US fund management giant and reportedly move to Beijing. A spokeswoman declined to confirm where she would be located. Lord, who has been head of Europe, the Middle East and Africa (Emea) since 2017, will take up the post in Hong Kong on May 1. She has also served as Emea head of iShares and head of global clients for ETF and index investments.

Buckingham had headed BlackRock’s Asia Pacific business since February 2019, when she succeeded Ryan Stork. Her husband is Dominic Barton, Canada's ambassador to China.

China International Fund Management (CIFM), JP Morgan Asset Management's wholly-owned Chinese subsidiary, named He Zhihao as the fund manager of its CIFM multi-factor equity fund, effective February 5.
He, who is based in Shanghai, had previously worked at China International Capital from 2014 to 2020. He joined CIFM in July 2020.
CIFM declined to comment on whether he had replaced anyone and his previous roles. In this newly created role, Wong will be responsible for leading the Hong Kong team covering intermediary clients and prospects, particularly private banks and external asset managers. He reports to Berny Lin, head of distribution for Asia ex-Japan, who is also based in Hong Kong.

Wong joined the firm from rival fund house Franklin Templeton Investments, where he spent some 10 years in the Hong Kong office as vice president for financial instituions. Prior to that, he worked for three years at Superfund Financial, an European alternative investment company. He also held roles at insurer AIG, Bank of China (Hong Kong) and Shanghai Commercial Bank.

A spokewoman from Franklin Templeton told AsianInvestor that Wong left the firm on January 19 and his duties are now shared by internal team. His move follows Franklin Templeton's acquisition of US rival Legg Mason last year, which led to several senior departures from the newly merged group. 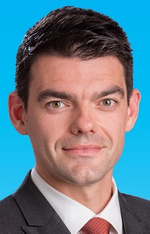 The team was set up in February 1 and is embedded within the multi-asset platform. Florian Neto, Hong Kong-based head of multi-asset for North Asia, is the most senior member of the OCIO solutions division in Hong Kong serving Asian clients. For this activity he reports to Laurent Tignard, Paris-based head of Amundi OCIO solutions division, a company spokeswoman said.

She declined to comment on whether the team would hire more staff in the near future.

Already well established in Europe and the US, OCIO services appear to be gaining traction in Asia, with investment consultancies particularly keen to promote them. In essence, OCIOs manage investment portfolios on behalf of companies or organisations and can cover investments across multiple asset types as well as asset settlement and custody.

SCHRODERS NAMES FORMER NIKKO AM AS CEO FOR AUSTRALIA 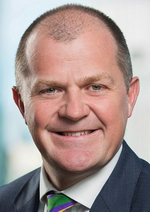 He will take up the role in April and will report to Chris Durack, co-CEO of Asia Pacific. Durack is also the current CEO of Australia, and will remain in the latter role until Hallinan starts in April.

Hallinan joins from Japan's Nikko Asset Management where he was Sydney-based managing director of the Australian business. His last day with Nikko AM was February 10, a company spokesman said.

Nikko AM chief operating officer Peter Lynn is now acting CEO for its Australia business and will look after Hallian's former duties after his departure, the spokesman added. But he declined to comment on whether the fund house would replace Hallinan.

BNY Mellon Wealth Management is closing its "very small" Hong Kong office after a strategic review of the US group’s international wealth businesses, said a spokesman.

The “small number” of clients impacted will now be covered by the firm’s other wealth management offices, he said. He declined to say how many staff were affected or how much the wealth business had in assets under management in Asia Pacific, adding that the move was "not tied to politics".

It comes as Covid-19 pandemic restrictions remain in place and amid ongoing wider concerns about Beijing’s growing political encroachment on Hong Kong.

The closure does not impact any of BNY Mellon’s other businesses in Asia Pacific such as investment management and asset servicing, added the spokesman.

Hong Kong Exchanges and Clearing (HKEX) on February 9 named Alejandro Nicolas Aguzin as chief executive, to be effective from May 24 for a term of three years. 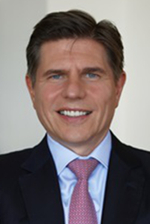 He will replace Charles Li, who retired on December 31. Calvin Tai, co-president and chief operating officer, is acting as interim CEO until Aguzin takes the reins.

Aguzin will also become an ex officio member of the HKEX board on May 24.

He is currently the CEO of JP Morgan’s international private bank. Prior to this, from 2012 to 2020 he was the Asia Pacific CEO forJP Morgan, having joined the US bank in 1990. 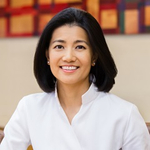 The exchange also on February 5 announced the appointment of Nisa Leung and the re-appointments of Rafael Gil-Tienda and Stephen Yiu, to its board as independent non-executive directors.

The two-year terms of the three directors will begin at the conclusion of HKEx’s annual general meeting in 2021 on April 18.

Leung will succeed Anita Fung, who will retire from the board. Leung is currently a managing partner at Qiming Venture Partners, a China-based venture capital firm. Qiming did not reply emailed question on her replacement. L Catterton refused to comment further on either of the new hires, but a person familiar with the matter told AsianInvestor that Sasidharan's role was a newly created position. 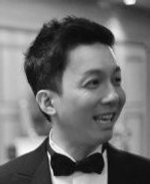 Tee joins L Catterton from Affinity Equity Partners where he spent eight years, most recently as executive director. He was also associate director of investments at Temasek between 2008 and 2010. He began his career in management consulting at McKinsey & Company in Singapore.

Sasidharan most recently spent nine years as principle at Sequoia Capital in Mumbai. Prior to that, she was an associate at McKinsey in India for three years.

Sequoia refused to comment on whether they would be replacing Sasidharan. Affinity Equity did not respond to requests for comment.

Mark England has been appointed Asia Pacific head of sales for custody and fund services, effective February 11. This is a newly created position, a spokesperson for Citi told AsianInvestor.

Reporting to Sanjiv Sawhney, global head of custody and fund services, and to David Russell, Asia Pacific head of securities services and Hong Kong head of markets, England will be based in Hong Kong.

He returns to Citi after a six-year stint at State Street, most recently serving as Asia Pacific head of client relationship management. Prior to this, England had held senior securities services roles at Citi. He relocated to Hong Kong with the bank in 2010.

Other people news reported by AsianInvestor in the past week:

Asset owners can boost returns through alternative allocation, the head of alternatives at the Brunei Investment Agency says, as she takes on an expanded role.
Asset Owners
Staff Reporters